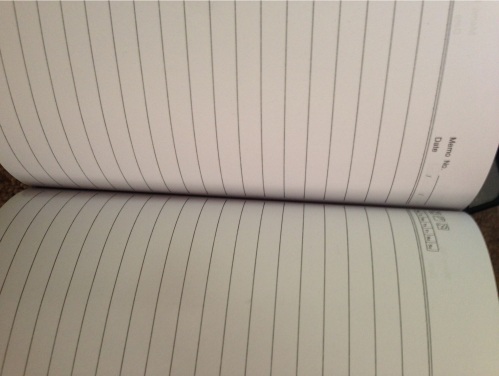 I got published, apparently!

Just a poem or two (I wasn’t told which – am waiting to see the magazine), and anonymously of course, but still…

Lately I’ve been having heart palpitations, many times a day, and nosebleeds after being really upset, and this is new. Also heartburn. I haven’t had heartburn for a good 5 years – not since I became vegetarian.

So off to the doctor I go – if nothing else, I think it’ll be important to tease out the physical vs. psychological causes of this. Though I’m not even convinced it can be done. I’ve gotten sort of used to some aspect of my health failing me constantly. If it’s not one thing, it’s another. And that really is what constant stress does to your body! (See: On Running Away. This is why I’m running away!)

I’m in my early 20’s. This is ridiculous. I really have to remember this fact, or I will just get used to this…and then it could become dangerous. Bad habit!

Have you experienced anything like this? I would be so happy to not feel so alone.

I’ve been thinking a lot this summer, writing a lot privately, and talking to friends and family.

I’ve come to a few realizations, and so I thought I would share in case they help you, too. When I look back on my life, I see that I’ve felt the worst, and been in most danger from the hauntings of my deep seated sadness and fear, when I felt trapped. Helpless. Hurting myself has often been my way of trying to “run away”.

So here’s a thought. Why don’t I simply…run away? I have two feet and a good head on my shoulders. No, I’m not going to go missing, don’t worry! I am just going to take some things into my own hands, even if others around me don’t approve. What is more important – pleasing others, or my own sanity? For once, I actually think it might be the latter.

I’m “running away”. I’m doing it for me. The risk of staying where I am has finally grown greater than the risk of moving forward. Wish me luck!

The Forgotten Garden, from http://radojavor.deviantart.com/art/The-forgotten-garden-327987299

There have been two times in my life where I’ve ‘lost’ chunks of time – without the aid ill-advised beer-before-liquor combos.

In my last “the Appointment” post, I mentioned that I had seen a new doctor, and will be seeing her shortly one more time. Something she said in that appointment struck me, and I’ve been thinking about it since.

She asked me if I’d ever ‘forgotten’ a chunk of time, and of course I had; not recently, but twice as a child. So I told her as much, and she replied that it must have been scary.

I nodded, feeling like that was the right response, and not sure how to explain the truth – that it wasn’t, not at all.

It was a huge relief both times, to go on with my day without the weight of whatever those minutes or hour (it’s difficult to know which it was, as I didn’t admit to anyone that I’d lost time) would have brought upon me.There was also a vague fascination with the idea that I could just suddenly find myself transported safely out of a terrifying situation. To my young mind, it felt like magic – and I did chase magic for as long as my youthful naivete allowed me.

Later in life, I would remember that relief when I systematically drank to blackout each Friday night in my first year of school, crying it all out without the burden of remembering my shame and loss as a result of sexual assault earlier that year.

I had less “embarrassing” fits of crying in my crowded dorm room. I could make friends and focus more at school. My flashbacks became fewer and more far between as I drank, cried, forgot, lived, repeat. Just like magic, it was over – I thought.

I no longer get blackout drunk, for safety and for my friends’ sake, who would remember me falling apart each Friday even when I, blessedly, could not. But neither do I have a moral to the story.

I guess what I’m trying to highlight is the complexity of the apparently not-uncommon experience of dissociating. It certainly doesn’t feel like a box I can check on a symptom list and be diagnosed. I’m certainly still confused about what it meant to me.

Not to mention the unsettling fact that my teenage binge drinking produced the same not-unpleasant ‘shielding’ effect as my own brain had done earlier. I was lucky that the drinking didn’t have worse consequences, and have only incredible friends, female and male alike, to thank for protecting me. I am aware that alcohol often has deadly serious consequences. It is the #1 date rape drug in terms of popularity, and I take that very seriously.

But first-year ‘me’ was certainly too overwhelmed with trying to forget previous assault to be worrying about the possibility of any in future. I was raised in the widespread culture that tells us rapists are few and far-between ‘monsters’, and I had assumed one was all I was ever going to meet – this was false, unfortunately.

From an anxiety/depression group director, when I told her my therapist strongly encouraged me to find additional intensive treatment, and I wondered if she could provide me with any information, being that she is part of the psychiatry department at a major hospital.

I think all you really need is a good YOGA INSTRUCTOR. That should do the trick.

As she smiled serenely, and I stared disbelievingly.

You can kiss my downward dog, Madam Le Strange.

…but if you want to pay for me to go on an all-inclusive beach yoga retreat, I will gladly oblige you! 😉 from http://www.self.com/flash/tone-it-up/2013/05/toneitup-work-your-abs-butt-and-chest/

After a long talk in Professor Poop’s office, during which he held me responsible for every student that has ever needed a mental health accommodation, and asked me to guess their motivations.

Someone from the Sudan who watches their sister be killed in front of them should have anxiety, NOT YOU.

I mean, you were born in Canada (false)…

But you know what, I’ll give you that extension. Because I don’t want to be responsible for anyone killing themselves.

Thank you Professor Poop, for that enlightening soliloquy (because let’s be real, you were taking advantage of my presence in your office to vent, plain and simple).

Please go fall down a pit of horse dung.

I mean, you’ll make the best of it, I’m sure. You’ve been given such a bountiful gift of dung, how could you not?

In my every day life, I like to tell darkly funny anecdotes about the Shiz People Say, related to my anxiety disorder. It keeps me sane – you know, relatively. So without further ado, I am launching my first ever, blog Category 🙂

It will most likely come with trigger warnings, so everyone can brace themselves.

“Shiz People Say” – the new ‘it’ thing at Anxiety and the Girl.

if anyone knows where this beautiful creature/piece of fine art came from, please let me know, so I can give credit where it is due.

Post Traumatic Stress Disorder What Happens in the Brain?, by Howard and Crandall, MD

Here is an article I’m ruminating on. Lots of good points, even though I skipped the anatomy bits.

Like I say, this is a good article, though. 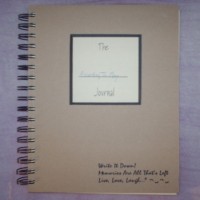 A unique collaboration of different perspectives on mental health and life

You May Remeber Us As This Needs to Stop

it started with an intercontinental blind date...

Life, Liberty, and the Pursuit of Happiness Are For All Sizes

Don't need to be cool to be kind.

writes one short story every week

the tao of jaklumen

The one you'd never expect to be going through it ... usually is